Straight from the Upstatement team, here are our favorite not-so-successful career moments—and the wisdom gained from those fails.

We recently wrapped up a few projects with universities, and it’s got us in a back-to-school mindset—fresh starts, new experiences, lots of opportunities. There’s nothing like starting a new school year or finding a new job, but like anything worthwhile, a new chapter doesn’t always come easily. From obituary design to dress code faux pas galore, we’re sharing the ups and (mostly) downs of our early careers.

As a young adult on a young-adult-who-graduated-during-a-recession salary, I learned to be frugal and to not let good leftovers go to waste. Inexperienced with the phenomenon of “business lunches,” when I landed an interview that was scheduled mid-morning through afternoon, I did what (I thought) anyone in my position would do—pack their leftover calzone and leave it in the car to eat at lunchtime.

I can’t take credit for this thrifty-yet-awkward faux-pas entirely. It’s good interview etiquette for the interviewer to provide an agenda and let you know ahead of time what to expect when it comes to nourishment. But it was slightly awkward when my interviewers asked what I wanted for lunch and I proudly informed them I had leftovers in my car. To their surprise, I then retrieved the calzone that was stinking up my car a block away and reheated it in the office kitchen—while my future coworkers trotted off to enjoy a nearby food truck.

While I don’t recommend going this route (and calzones are almost never a good idea), it’s possible that the calzone was part of the je ne sais quoi that led to me landing the job.

I was thrilled when I landed an interview for what would have been my first non-barista job—a prestigious position as the part-time assistant receptionist in a physical therapist’s office. I did a light Google to figure out what Excel even was and turned my attention to the real interview prep: the outfit.

At the dawn of the millennium, pinstripes were trending. Mall-girl stores like Express, Wet Seal, and the Limited were stocked with pinstriped polyester miniskirts. In my still-developing brain, pinstripes = business. Of course this was what I should wear for an interview in a real live office. I bought a pinstriped miniskirt with a matching bustier(!) and cropped blazer, added a pair of vinyl stilettos from Mervyn’s, and went to the interview before my mother could stop me.

I still blush remembering the looks on everyone’s faces when I tottered through the office door. Everyone in the office was in scrubs and sneakers. I immediately understood I’d made a horrible mistake. My look leaned more gentleman’s club than boardroom. In an attempt to course-correct, I only made it worse—I blurted out that I was dressed this way because I was going to a funeral after the interview.

Actionable tip: Ignore the old cliché about dressing for the job you want—this inspires people (me) to make ill-advised fashion leaps. Dress in something nice, normal, and comfortable; creep on the company’s website for the typical action shots of employees collaborating. What are they wearing? Copy them. Feel free to contact me for a second opinion, too.

Hired? Yes! They must have been desperate.

Sometimes the real mortifications come after you’re hired. As a young intern, I was the star of a USA Today “look at this millennial” article circa 2005:

Even though he was never given a dress code, rising Syracuse University junior Michael Swartz knew enough not to turn up on the first day of his summer internship on the Kalamazoo (Mich.) Gazette design desk wearing sandals and iPod earbuds. Yet by the second week the sandals were on and the earbuds were in—and no one seemed to mind. Just the other day, he sported a T-shirt emblazoned with a Budweiser logo. (OK, so it peeked out from under a button-down shirt.) A co-worker noticed. “He goes, ‘Dude, you wore a beer shirt to work?’ It must not have been an egregious misstep “because no one has sent me home yet,” says Swartz, 20, who is unapologetic about bringing his campus-casual habits to the office. —Olivia Barker and Sarah Bailey, USA TODAY August 15, 2005

Actionable tip: Wait a few weeks into your new job before you let yourself go.

At my first job out of college I was the only paid employee and did everything—the whole company ran on unpaid interns. It was a nightmare. I applied for another job at a mid-size ad agency and at the interview I told them I was “excited to be a cog in a wheel,” not really knowing the negative connotation of that (lol).

Actionable tip: Rehearse your “why I want this job” statement ahead of time with a trusted mentor or friend.

Straight out of college, I waitressed while I applied for more career track-type jobs. I landed a meeting at an agency and the man interviewing me asked what I was doing now. I explained I worked at a tapas bar “to pay the bills” and the interview continued without incident—I thought it was going really well until the end, when he shook my hand and said with fatherly concern, “We’re going to get you out of that topless bar.”

Hired? Yes! (But turned down the offer, thank you very much.)

I interviewed to intern at a newspaper and had to pretend to be enthusiastic when they told me I’d be working primarily on obituary design.

Actionable tip: Acting skills always come in handy. Don’t worry about the obituary aspect (or whatever its equivalent is) in the moment—even if you aren’t sure you want the job, it’s a good opportunity to practice your interview skills.

Job interviews are stressful! Take comfort in the fact that everyone has flubbed an interview at some point—including the person who’s interviewing you. We hope our cautionary tales can help inspire you as tackle whatever’s next.

Ready to brave an interview? Check out our open roles here. 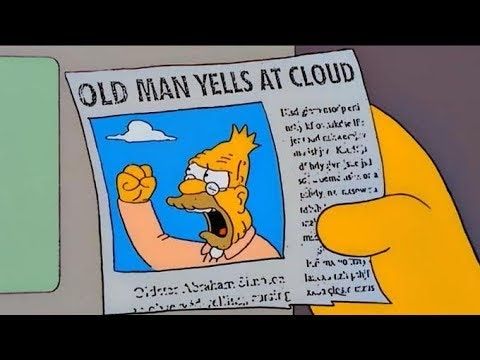