This interview is excerpted from our Art Direction Show series. Visit us there for more interviews, inspiration, resources, and avant-garde mayhem.

Charles is one of the founders of our favorite inspiration and research tool, the weird, collaborative, wonderful Are.na. It’s been described as everything from ‘if the French created the Internet’ to ‘Pinterest for the art world.

We love Are.na because it allows people to build collections of text, links, images, or really any kind of file, dreaming big without the intrusion of ads or recommendations. What’s the Are.na origin story? Where did the idea come from? What were you doing before this?

So believe it or not, Are.na is almost 8 years old.

Before working on Are.na, I was pretty focused on making art and showing work in exhibitions (I recently re-found my artist CV. During the last show I made, I was thinking a lot about generosity as an artist, as in, “How can an artwork be generous to a viewer?” Towards the end of the show, I came to the conclusion that making tools was probably the most generous thing that I could do, as an artist.

It just so happened that right after that show, another friend of mine, John Michael Boling (who was also working as an artist), had a conversation with someone about starting a platform for sharing knowledge. John Michael and I were both heavy users of del.icio.us (one of the first social bookmarking platforms), and had talked a lot about how to expand upon that idea in a way that was more conducive to our way of doing research online. So when that opportunity came up, we were immediately interested.

We ended up forming a company and hiring a few of our friends (Damon Zucconi, Dan Brewster, Chris Sherron and Dena Yago). In the beginning, there was a single person that was funding our whole operation, and there wasn’t really talk about what the business model would be or how the company would sustain itself. About a year and a half in, it became clear that the person that was funding Are.na and the employees had divergent visions for how the company would move forward. And lucky for us, the conclusion was that we (the employees) would inherit the company.

After that kind of intense moment, we kind of let it just keep existing for a while without working on it. A lot of us were emotionally exhausted and needed a break. During this time there was a small number of people who were using it in really interesting ways. After taking a break, I felt more confident about Are.na’s potential (especially after seeing other people continue to use it) and I decided I wanted to keep going. So then we formed another company with Chris Sherron, Daniel Pianetti and myself, and kept building from there.

Around the time (around 4 years ago), we had around 3000 people signed up for Are.na, and no semblance of a business model. Also none of us had experience running a company. Now we have around 120K accounts, our revenue is more than enough to pay our bills and us, and it’s growing more and more every month. We are also proud to have one of the most (if not the most) interesting communities online. We have classes from Harvard, MIT, Yale, SVA, Parsons, and so many more using Are.na to share research and resources. And we have so many interesting companies of all sizes (like y’all!) using it to build new ideas.

It feels like an idea that comes from someone who likes to be very organized—is this true? Are you a list-maker?

I’m not overly organized myself, and I don’t really use Are.na as a way to “organize” necessarily. I tend to think of my channels as areas of thought that become more articulated over time. I have a few that I am adding to at any given moment, and I’m most excited about those channels when the idea isn’t fully formed. I like it when I don’t necessarily know how to describe what the channel is but still know when I see something in the world (or online) that belongs in the channel.

Looking back, what were some key moments in getting Are.na to where it is now?

But the biggest moment has to be when we did our crowdfunding campaign, almost two years ago. We were terrified to launch it, as there was a very real possibility that we would fail publicly. We ended up exceeding our initial goal more than 5 times over. The community on Are.na are some of the most generous and thoughtful people I have ever come across online and it is such an honor to be supported by them.

And in terms of weird content, it’s tricky to say. There’s such a variety of stuff on Are.na, that it’s hard to think of any type of content on the spectrum of weirdness anymore. I’ve definitely come across areas of interest that I didn’t know exist.

The easiest one, that always gets anyone I show it to, is Evan Collins’ account. He has such a fascinating way of recognizing historical trends in design. If you just browse his channels for a few minutes, you’ll get the idea. He is responsible for this channel.

Otherwise, a lot of my favorite accounts are more along the lines of “unique” rather than weird just for the sake of it. Idiosyncratic and with very specific takes on the world. I don’t want to blow up their spots, so I’ll leave the account names out of it 🙂

Do you have any go-to tip for people about how to best get started with Are.na?

To download the browser extension and then “when you see something, save something.”

I think the biggest barrier tends to be getting in the habit of deciding to save pieces of information that catch one’s eye. I try to tell people to think about it more along the lines of dropping breadcrumbs for yourself. You have to build up the curiosity muscle to dig deeper and really investigate the things that you find interesting. To me, getting good at that is something you could spend your whole life doing. Are.na is super helpful in helping a person channel their interests into paths that they can keep walking down (and other people can follow).

What does it mean to build an internet tool in our present digital era?

We live in an era where the big problem isn’t accessing information, but making meaning from information. We are inundated with so much stuff every day, it’s really hard to even consider the idea of developing strategies for dealing with it. I think for most people, the tendency is to not think about whether all that information is useful or not and keep consuming more and more. In other words, our world is rich in information and poor in attention.

At the same time, many people have become more and more distrustful of technology companies (and for good reason). So for newer companies, there’s a real motivation to do things differently than startups did in the past 20 years.

For us, advertising as a business model was never on the table. Are.na is a tool for thinking and showing ads would very obviously degrade the experience of being able to think through things on Are.na. Luckily, that position lined up with how people are starting to think about the company’s they want to give business to. Especially with regards to social platforms.

It really just comes down to motivation. How does a company’s business model motivate them to shape the experience?

Our main goal as a company is to make sure that our motivations are aligned with the community we serve.

We heard you’re working on a user-generated book, Community Garden (we drew a few plants!). How and why did that come about?

The Are.na Annual is a collection of essays, both old and new, centered generally around the current state of the web. Meg Miller (who is in charge of all things editorial for Are.na) and Daniel Pianetti have been working on it off and on for the past few months. It’s broken up into three parts – past, present, and future – and each section is anchored by a three part essay called “When It Changed” which was, as a whole, collaboratively written by David Reinfurt and Eric Li.

The community garden drawing submissions are sprinkled throughout the book and there is a detailed credits section that lists all the plants.

Do you mind sharing your userbase number? Is your current work on Are.na more about growth or just sustaining its present iteration of a community of this size?

As of January 2020, we around 120K registered accounts. We really only look at active accounts (as a metric) and we also have a pretty strict definition of what is considered “active”. We approach it more as an indication that people are getting use and value out of Are.na, rather than whether or not we are growing at a specific rate.

We had fun visiting your NYC office on Canal Street. Is that going to be home for a while, or what are your plans for the future?

We will be here for a while, we love our building. Human is upstairs and Playlab + PlusPOOL are next door. It’s a nice little community. We love our neighbors.

Not to get too deep (lol) but historically, knowledge has been organized in a very static, analog way—does a more fluid digital way of archiving feel like the best practice to you, or do you see room for both?

Yeah, it definitely seems to be slightly more of a trend nowadays, and it’s really exciting.

However, we are more interested in tools for thinking rather than tools for organizing. Organizing is kind of a never-ending task, and for people who aren’t natural organizers, I would argue that you get diminishing returns (in terms of effort vs reward) pretty early on in the process. Using tools that help you see information in a new light has all kinds of amazing rewards that never get old.

Are.na has definitely helped me discover paths of information I would never have otherwise, and helped me see how information can look different depending on the context.

Are.na is a tool for connecting ideas and building knowledge. We want to see how far we can push this.

Are you a still a little hazy on what Are.na is? Check out this community-generated channel of explanations—then sign up! 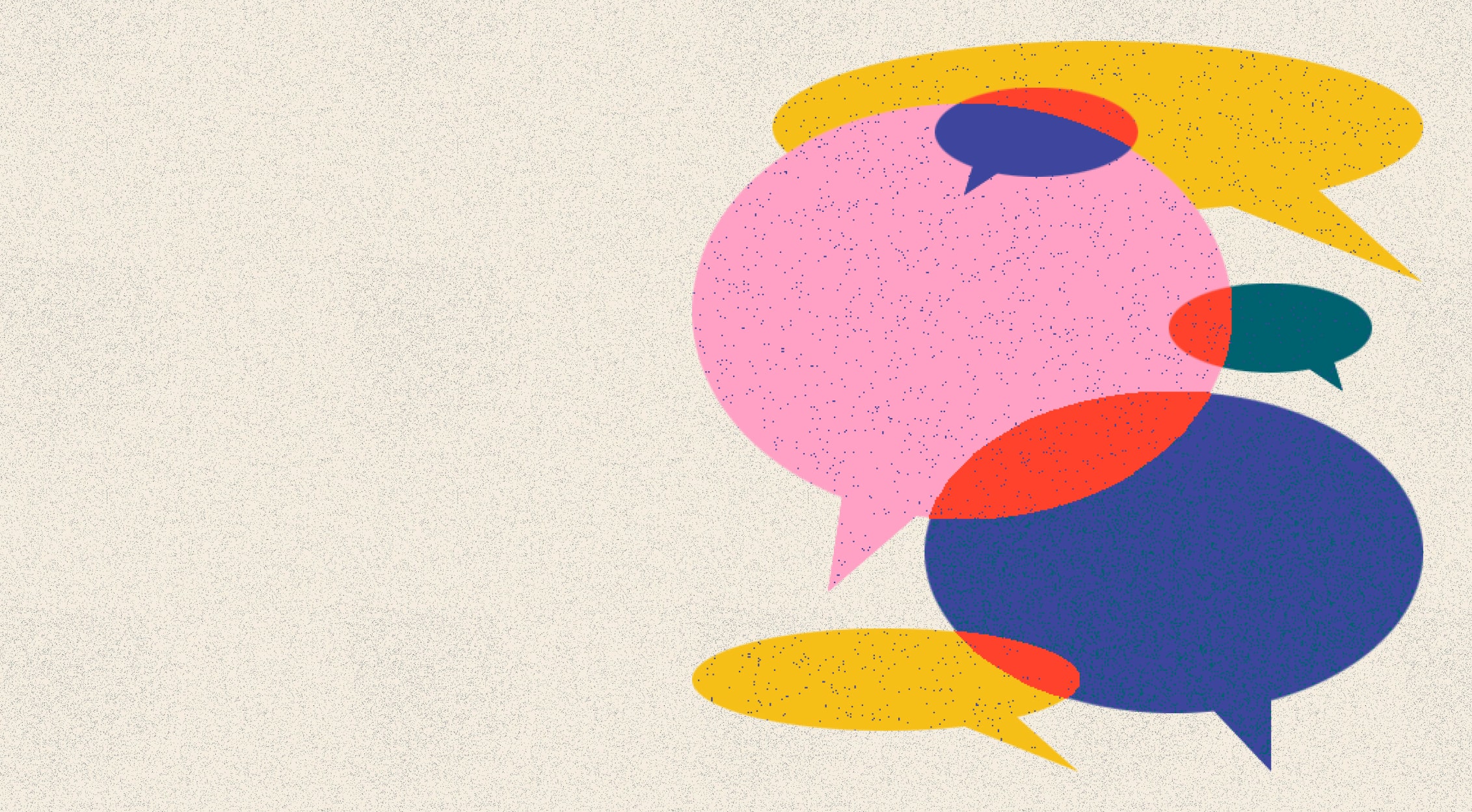 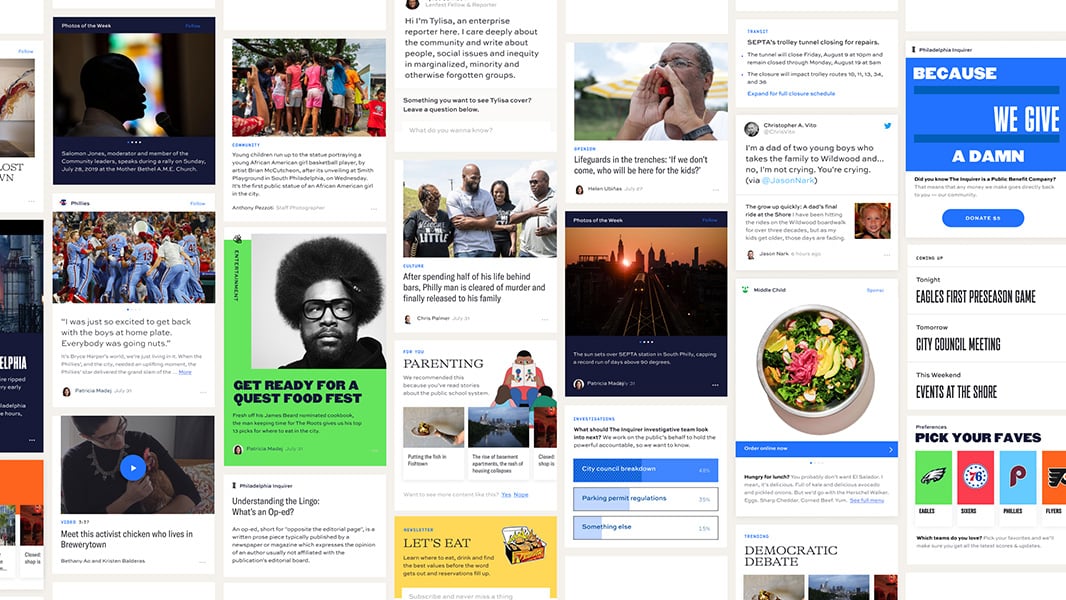 Philadelphia Inquirer: A modern media company that looks and acts nothing like the rest